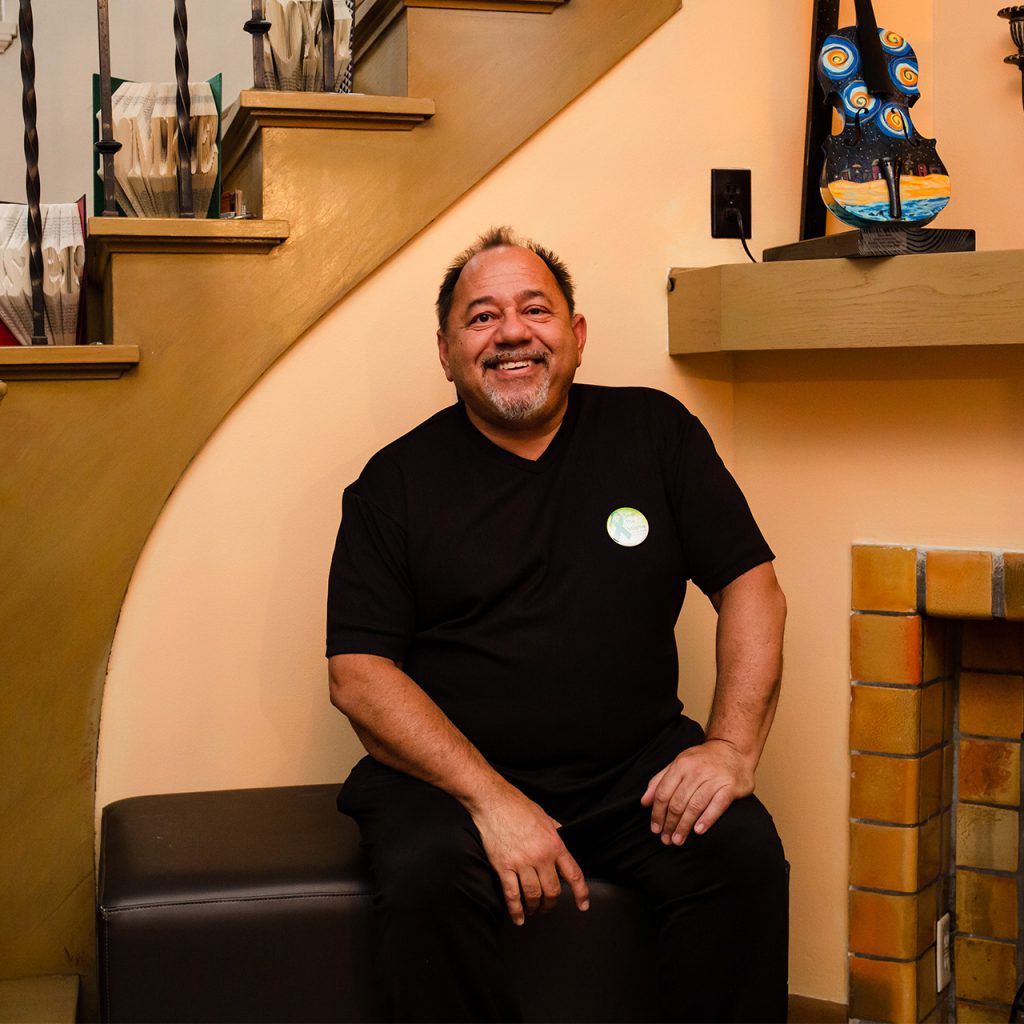 What’s in a Name?

When newly retired Milwaukee Public Schools administrator-turned-studio-owner, Erico Ortiz, asked that question, he wasn’t reading Act II, Scene II of Shakespeare’s Romeo and Juliet. He was pondering what to name his new business which would celebrate and support emerging artists in West Allis.

Recounting the conversation with his three initial investors, Erico says, “We didn’t want it to be called ‘theatre’ or ‘gallery.’ We wanted people to know that there are a variety of things going on. ‘Studio’ came up to encompass art, writing, theatre, dance, etc., and I said, ‘We just need some inspiration.’ That was the lightbulb moment.” 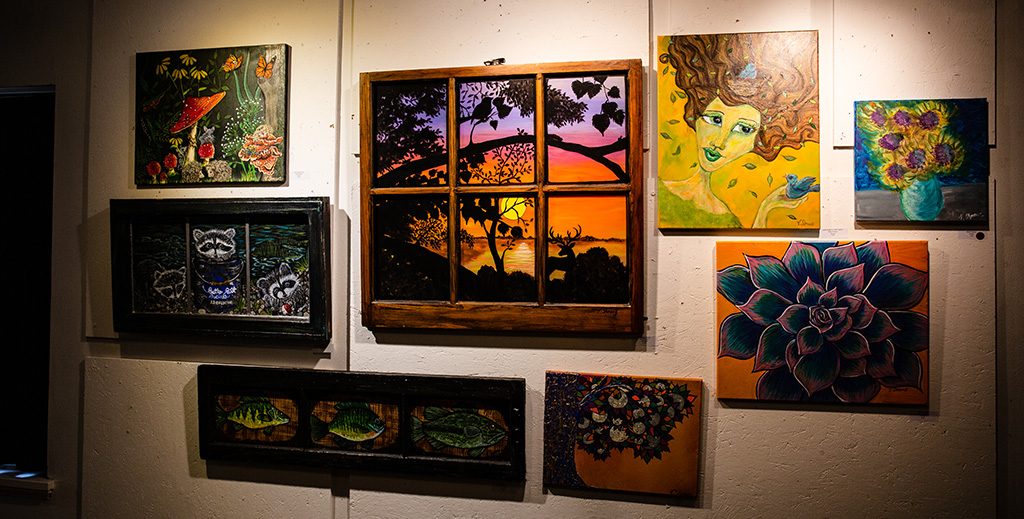 Erico, who is not a West Allis resident, mentions the challenges of searching for a business location in other communities. “Nothing was the right size,” he says. “They were all little storefronts. My realtor sent me this listing, and as soon as I got here, I said, ‘This is it.’ I just knew.”

The location he’s talking about is a 1930s Tuscan brick building on the corner of W. Orchard Street and 73rd Street. A former funeral home, the art within brings new life to the building. It lives up to its name as a studio, too, as the entire space is devoted to art, from artists and writers renting upstairs rooms as studio spaces to the theatre company utilizing the basement for costume storage and a rehearsal area.

“There are so many artists in this area,” says Erico. “They love the fact that this is so central for people who want to come into the city but not go all the way into Milwaukee. This is ideal.” 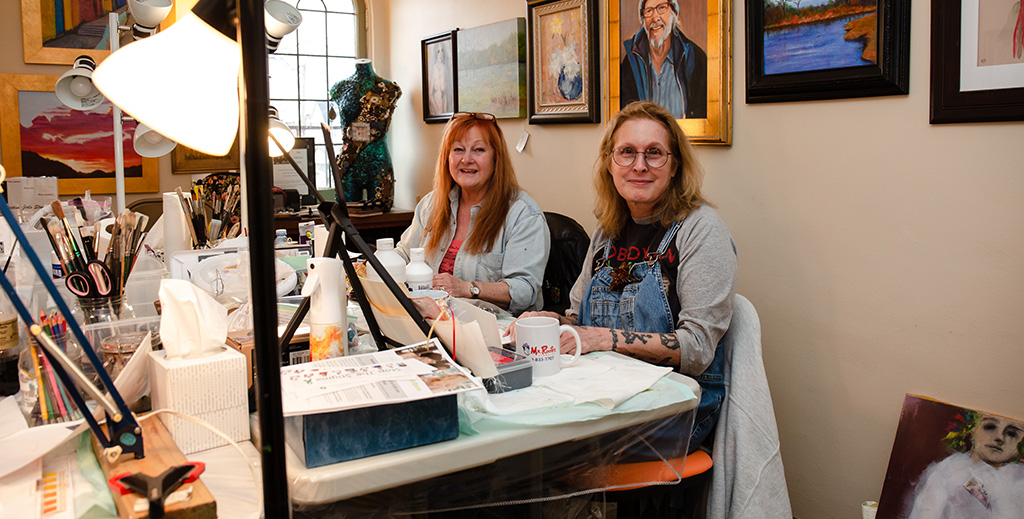 It Takes a Village

When he was ready to begin renovations, over a hundred volunteers showed up to help, including the entire Village Playhouse, a community theatre troupe, now the resident theatre company of Inspiration Studios.

“Anybody who walked through the door got put to work whether they liked it or not,” Erico laughs. “It was great. People were wonderful about it.”

Especially wonderful was Mayor Dan Devine. “He was so welcoming and so nice,” says Erico. “He’s been here many, many times. He organizes parties to go out to dinner, then they spend an evening at the theatre, and go somewhere else for dessert.”

Although the studio is complete, volunteering remains alive and well at Inspiration Studios. People often offer their time and talents as stage crew and to paint sets. 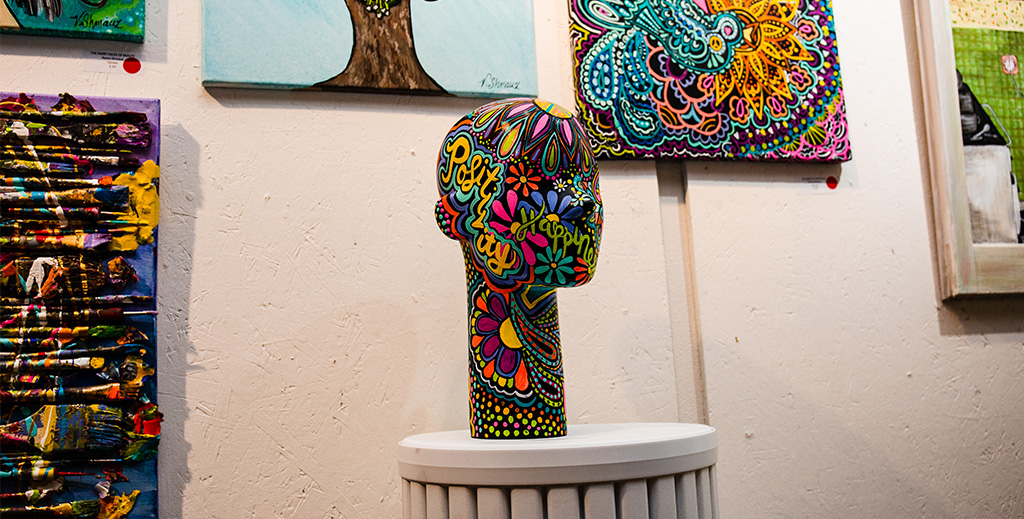 “When I started this,” says Erico, “I wanted this to be a place for people who’ve never had a chance to get into a gallery or on a stage. I look for emerging artists, actors, and performers.”

An accomplished actor himself, Erico has performed in numerous emotionally-charged plays, from one-act competition pieces to full-length dramas and musicals. He made his directorial debut last spring with The House of Bernarda Alba, which he translated from Spanish and sold out six of eight performances.

And Erico isn’t shy. Upon discovering artist Ronnie Schmauz’s painted gourds in a window, he approached her and asked if she’d ever exhibited before. She hadn’t, and he offered his studio. She is now a returning favorite, celebrating her third exhibit at Inspiration Studios and will be working on a City mural this summer at Wild Roots, a new restaurant located at 6807 W. Becher Street. In a short time, Ronnie’s gone from never having exhibited before to a public artist!

This theme of people helping people—business owners helping business owners, in particular—is a bright and prominent theme in West Allis. In fact, Erico helped fellow entrepreneur, Suzie Melott, find the connections for her West Allis-based yoga studio, Yoga is Served; and her boyfriend, Jason, will soon exhibit his photography at Inspiration Studios.

Inspiration Studios is now booking art exhibits into 2020. To learn how you can become a featured artist, rent a studio space, or volunteer, Erico is happy to help! Visit www.inspirationstudiosgallery.com or connect with him on Facebook! 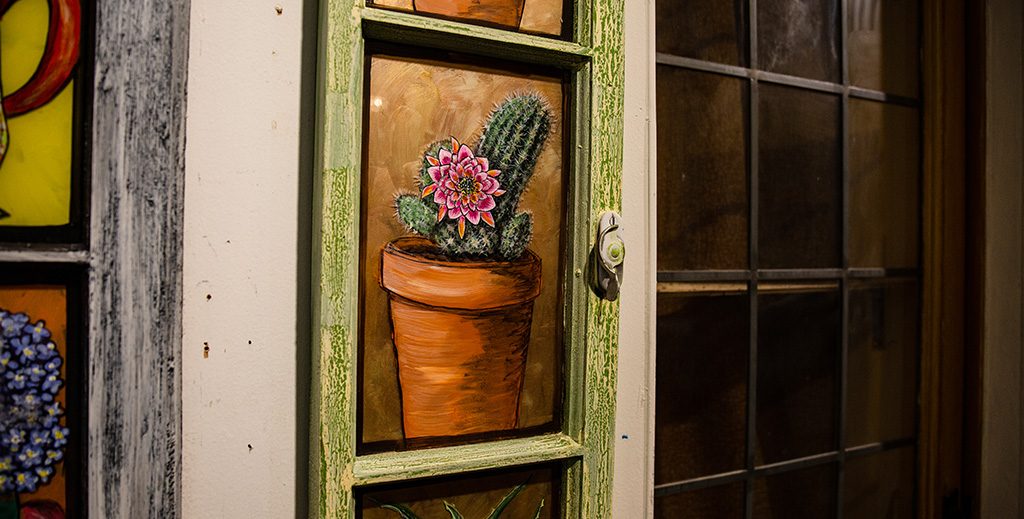