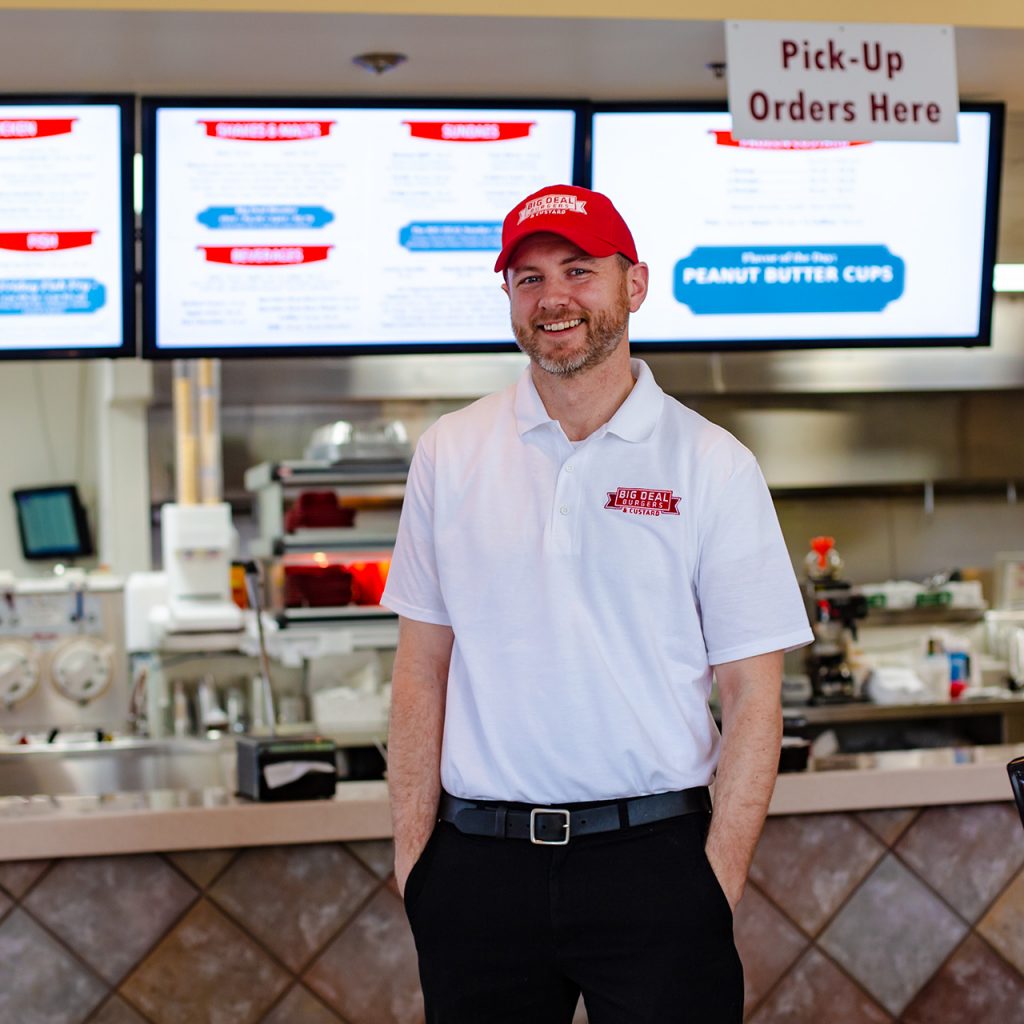 Although it’s sometimes mistaken for a franchise, Big Deal Burgers has been family-owned since its inception in 2013 when three brothers from Brookfield – Tim, Brian, and P.J. Kruschel – bought the location at 1440 S. 84th St.

The business is famous in West Allis and the greater Milwaukee area for its classic American menu and inventive custard flavors. Serving gyros, Reubens, Philly cheese steaks, homemade soups, Johnsonville® brats, and more, owner Brian Kruschel notes they make an effort to provide a menu that’s more than just burgers and fries. That isn’t to say Big Deal’s burgers aren’t delicious, however. Take the Breakfast Burger, boasting two slices of Applewood smoked bacon and a fried egg, or the Volcano Burger with chipotle mayo, jalapenos, and pepperjack cheese. Is your mouth watering yet? 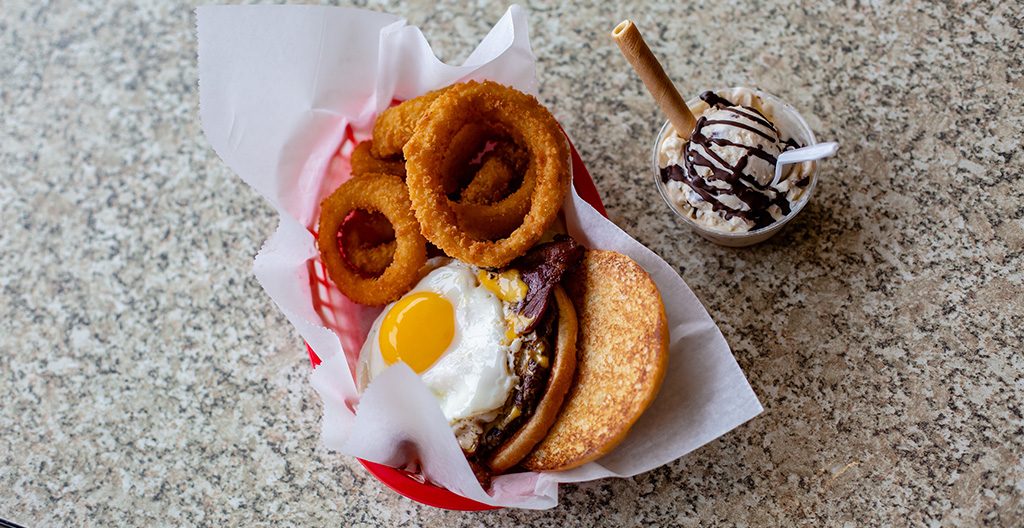 “We lucked out,” Brian says in regards to their high-traffic location. They’re across the street from the State Fair grounds, and a new apartment complex is going up right behind their restaurant.

“It’s a great time right now,” he says about setting up a business in West Allis. “There are developments everywhere.”

The City of West Allis government was supportive of the brothers buying the former Cream City Custard establishment and transforming it into Big Deal Burgers. “They wrote an article on us right away,” says Brian. “And Mayor Devine has been very supportive. He shares our posts on Facebook. It’s great to see the support from the local government.” 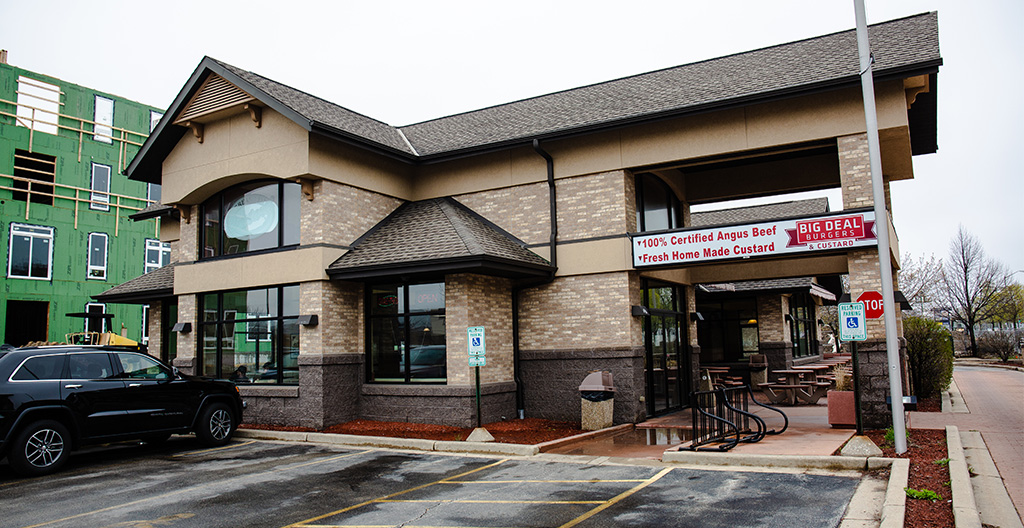 Keeping with the theme of West Allis businesses supporting one another, Big Deal Burgers makes an effort to provide locally sourced food. Pritzlaff in New Berlin is their meat supplier for all of their fresh sirloin burgers, and they purchase buns from Peter Sciortino’s Bakery in Milwaukee.

The residents of West Allis are happy to patronize the city’s local and family-owned businesses, too. While the majority of their business comes from regulars, during State Fair, hundreds of visitors come by for a bite. “We’ve had people stop in on a whim while visiting State Fair,” Brian notes, “and then they’ll return even though they may live in Germantown or Menomonee Falls.” 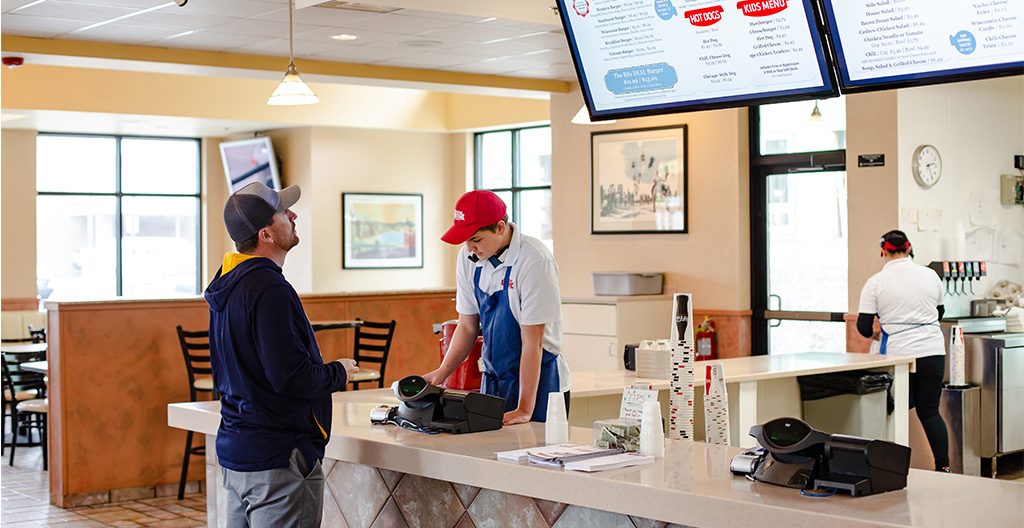 Inspired to be Inventive

To quote one of Big Deal’s many five-star reviews, “Where else can you get a Brandy Old Fashioned or RumChata® custard?”

The answer, of course, is nowhere else. At least, not in the greater Milwaukee area.

The famed Brandy Old Fashioned custard was inspired by Wisconsin’s love for the classic cocktail, and it’s a delightful pairing with their Friday Fish Fry. “We worked hard to get that one just right,” says Brian on creating the signature flavor. “We’re very happy with the way it turned out.”

On the theme of brandy, the brothers also serve a special Brandy Manhattan custard in honor of their dad on Father’s Day and every year on his birthday.

What began as a St. Patty’s Day special – offering an alcoholic-flavored custard – has become an every-Friday tradition at Big Deal Burgers. “It was such a hit,” Brian recalls about the first time they served a Bailey’s® Irish Cream Cheesecake flavor. “People asked about it so much, we decided to keep it going more often.”

Aside from these special indulgences, the restaurant has dozens of kid-friendly favorites, like Blue Moon Oreo® Fudge and Brownie Marshmallow Crunch, to name a couple. Other cool treats include sundaes, shakes, and malts.

Big Deal Burgers has one flavor of the day Monday through Thursday, and two flavors of the day Friday through Sunday. You can check out their menu and daily custard flavors by visiting their website. 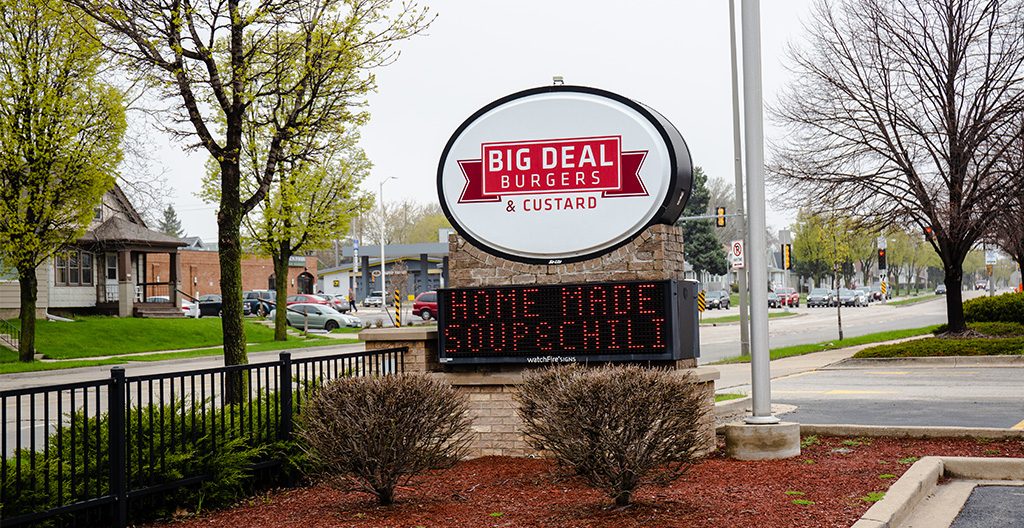