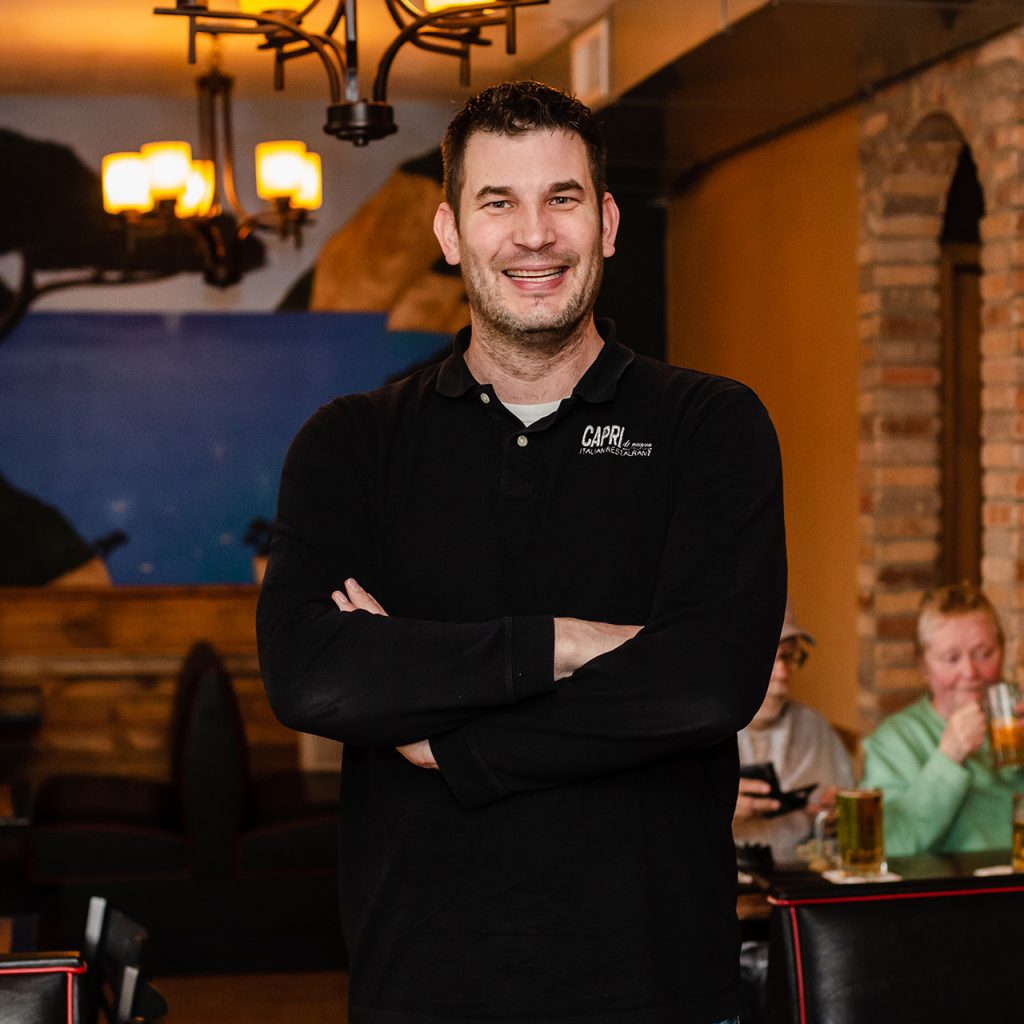 Capri Gets a Second Chance

When Capri restaurant, 8340 W. Beloit Road, closed its doors in 2012 after 45 years in business, the entire City of West Allis felt the absence of the nostalgic Italian restaurant.

A year later, Chris Paul and his wife, Abby, bought the building. Chris recalls people stopping by while they were simply touring the place as a prospective business location, asking if Capri was reopening. “It was then that I realized Capri had been a major staple of the neighborhood,” says Chris.

When they asked the previous owner’s wife about Capri, she offered them things from the old restaurant, one of them being the original sign which is now mounted on the wall in the main dining area. Although neither Chris nor his wife are from West Allis, they wanted to do right by the people, and so they redid their business plan to “reopen” Capri Di Nuovo, translated as, “Capri Once Again.”

A Menu of Hometown Favorites

By starting from scratch and re-sourcing the best quality ingredients, Chris was able to revitalize favorites like lasagna, garlic bread, and meatballs.

“At first, we were scared to change the menu,” he says. “But, by having an old base as well as new clientele, we’re able to add creative and fun food options.”

An example of this old base with new creativity is Capri’s famous lasagna. They recently added a new four-meat lasagna that has the original lasagna base plus prosciutto, bacon, and Italian sausage.

“Not one lasagna is made ahead of time,” notes Chris. “We start making it the moment you order it. And it can be completely customized.”

They make their own pizza dough and pasta sauce from scratch in-house, and other menu items include soups, sandwiches, and appetizers. Two years ago, the business was named by The Shepherd Express as the 2017 Deep Dish Pizza Winner for the Milwaukee Market, and 2017 Business of the Year in West Allis. 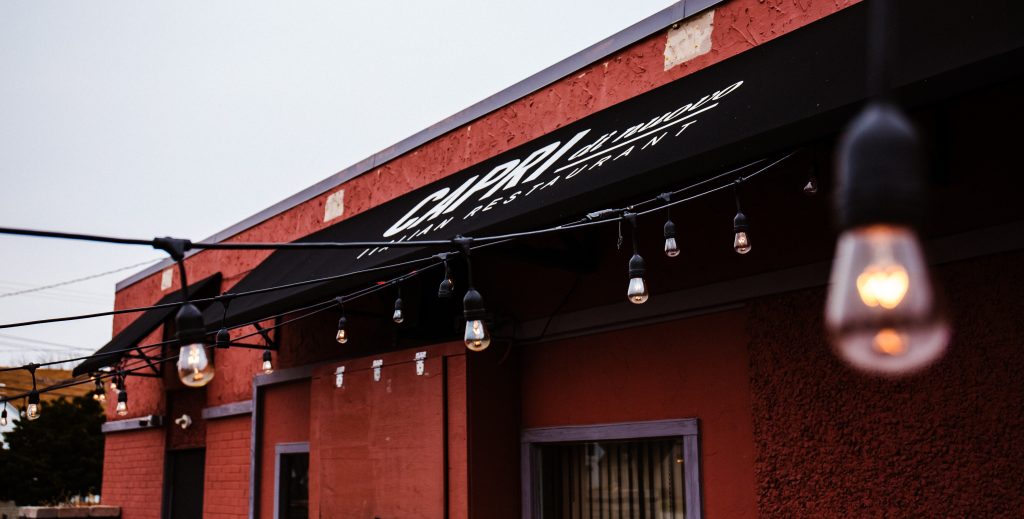 “They were all about it,” Chris says about the City of West Allis staff when he expressed interest in opening his restaurant.

He describes the people in the development office as especially supportive. Not only did they assist with assembling a proposal to finance the down payment, they also helped secure a grant to pave a new parking lot and a patio with an outdoor fireplace and garden where they grow as much of their own produce as possible, including tomatoes, green peppers, and eggplant. The patio itself is also a live wall of herbs, and whatever he can’t grow on his own, Chris stocks up on at the West Allis Farmers Market.

Concerning the interior of the restaurant, they gutted the whole place and built a new bar, installed new tile, and constructed a stunning brick archway. Other renovations include adding bathrooms to the upstairs.

“If it was a different city, I don’t think it would have happened,” says Chris. “This was a case of the right time, the right place, and the right people.”

More than the original sign lives on in Capri Di Nuovo. Upon walking in, visitors will notice a bench in the waiting area that was once paired with a large party table in the back room, and pictures of old Capri adorn the walls.

Chris says people love to come in and tell him about their memories of old Capri, even showing him pictures. “It really is ingrained into the people of West Allis’s culture,” he notes.

Aside from the people, his favorite thing about owning a business in West Allis is how centrally located it is. “We go everywhere,” he says. “It makes it easy for catering and deliveries. Everything’s only ten or fifteen minutes away.”

The place has the same nostalgic feeling as it did decades ago. Featuring an inviting atmosphere complete with delicious food, cocktails, and a convivial owner and staff, the restaurant truly is rejuvenated. 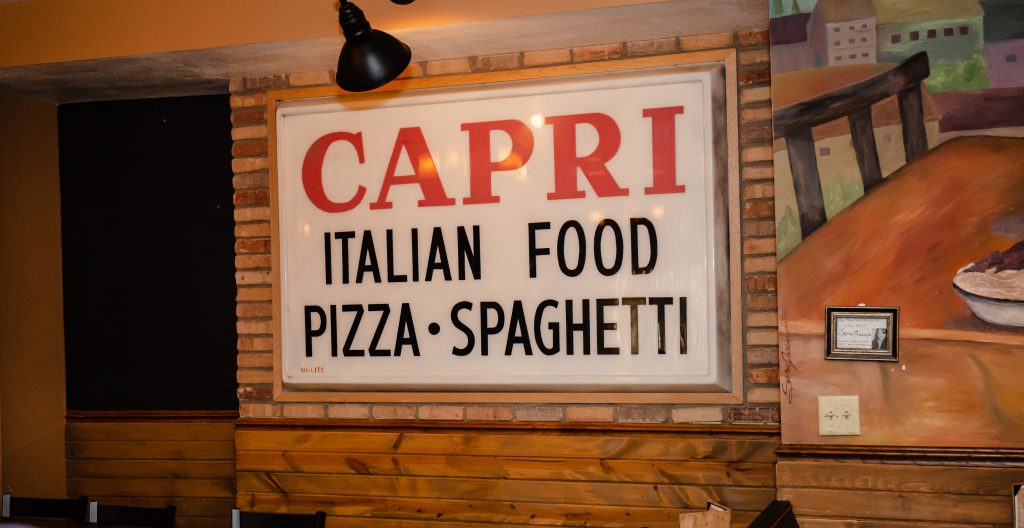