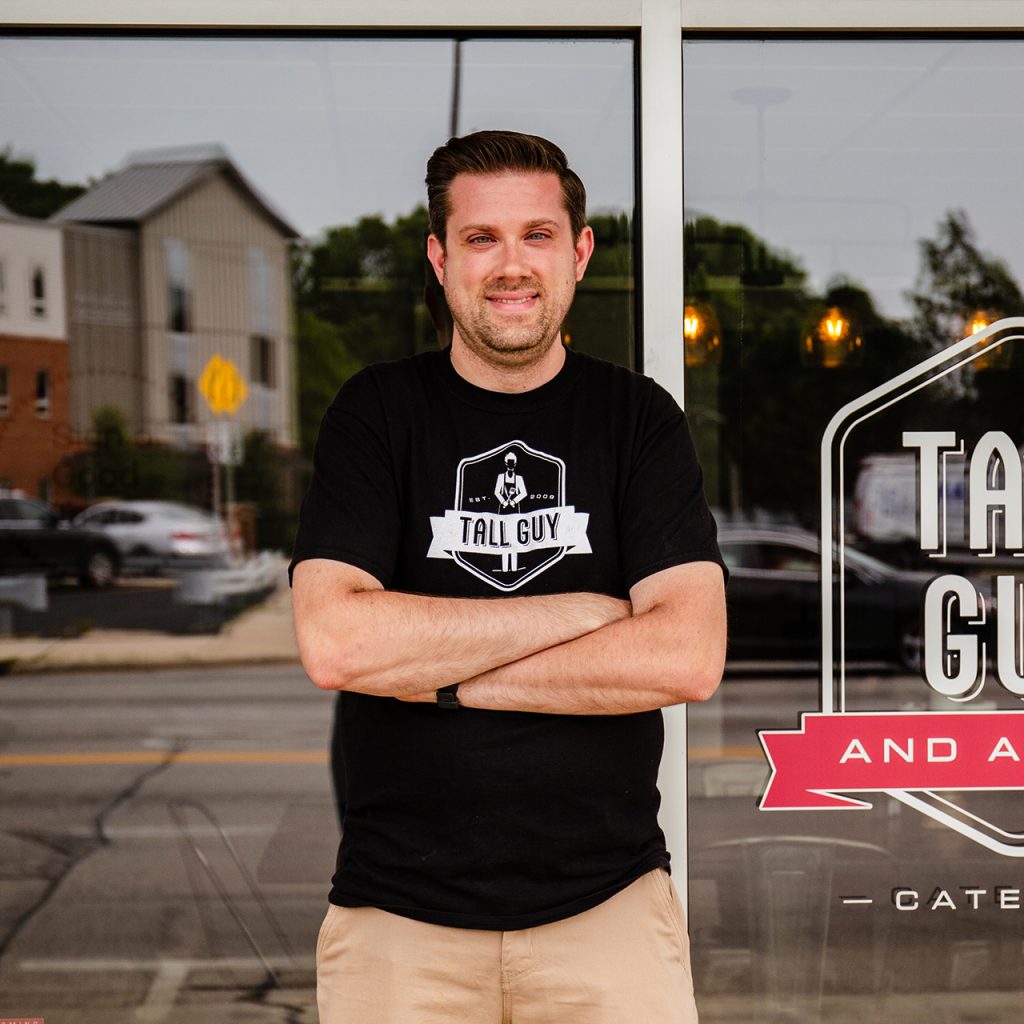 Owner - Tall Guy and a Grill

Consider it Catered: Tall Guy and a Grill Thrives in West Allis

For many people, eating is more than simply eating. Eating is entertainment, an experience. Tall Guy and a Grill owner, Dan Nowak, agrees.

Dan grew up with a Sicilian mother and grandmother who shared their traditional Italian recipes with him, like tomato sauce, meatballs, and pasta. His father, who is Polish, taught him how to grill.

“There were all these happy memories centered around food,” he says. Decades later, with his own catering business, Dan strives to create lasting memories through a menu focused on food that is locally grown, locally sourced, and eco-friendly. 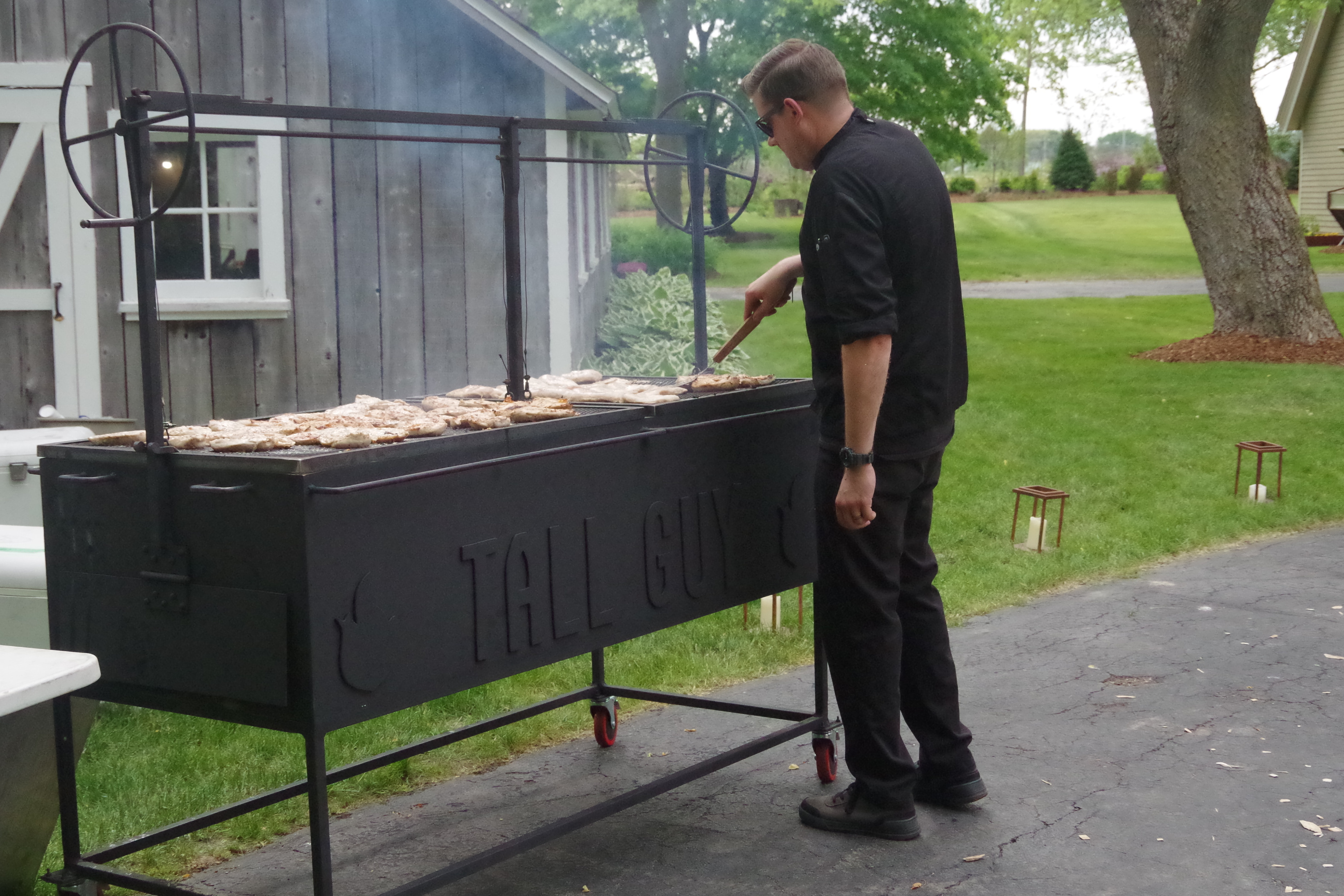 Grilling Down to Business

Despite food being one of his first loves, Dan didn’t immediately pursue catering as a career. He went to college for business, earning a Finance degree from UW – Milwaukee.

During his college years, he waited tables for the first time on nights and weekends at Turner Hall, and upon graduating, he continued working at restaurants outside of his corporate job. After five years of creating 401k plans, Dan “did the smart thing,” as he says, and cashed out his savings to start a grilling and tailgate business.

Tall Guy and a Grill was launched in 2009, and after what began as mostly catering to family and friends, and a “whopping two weddings” in 2013, Dan quit his corporate job to run his business full-time. Today, Tall Guy and a Grill caters 85-90 weddings a year. They’ve also gone from 13 to 31 employees, and are actively hiring.

“I believe in hiring people that are smarter than you,” says Dan. “Our Executive Chef, Dana, could cook circles around me.”

Although Dan admits he doesn’t really have any off days, he wouldn’t trade his life as a small business owner in West Allis for the corporate world again any time soon.

“It’s such a big part of Milwaukee. I’m so amazed by the value and variety you can get with all the different businesses in West Allis. We support one another. There’s comradery here, and younger business owners, too,” says Dan, who sees parallels with Wauwatosa—where his business was first located—and West Allis. “I think the mayor’s been a big part of that. His name is Dan, too, so I can’t not like him.”

Location, price, and availability all figured into Dan’s decision to move his growing business to West Allis. When real estate prices in Wauwatosa shot through the roof, he couldn’t believe the price when he found what would become his new location at 6735 W. Lincoln Ave. For the price of building a kitchen inside of a space he would have to rent elsewhere, he could buy a whole 4800-square foot building.

“The city was great,” says Dan. “The finance department was really helpful and willing to work with us, as were the Aldermen and city council.” 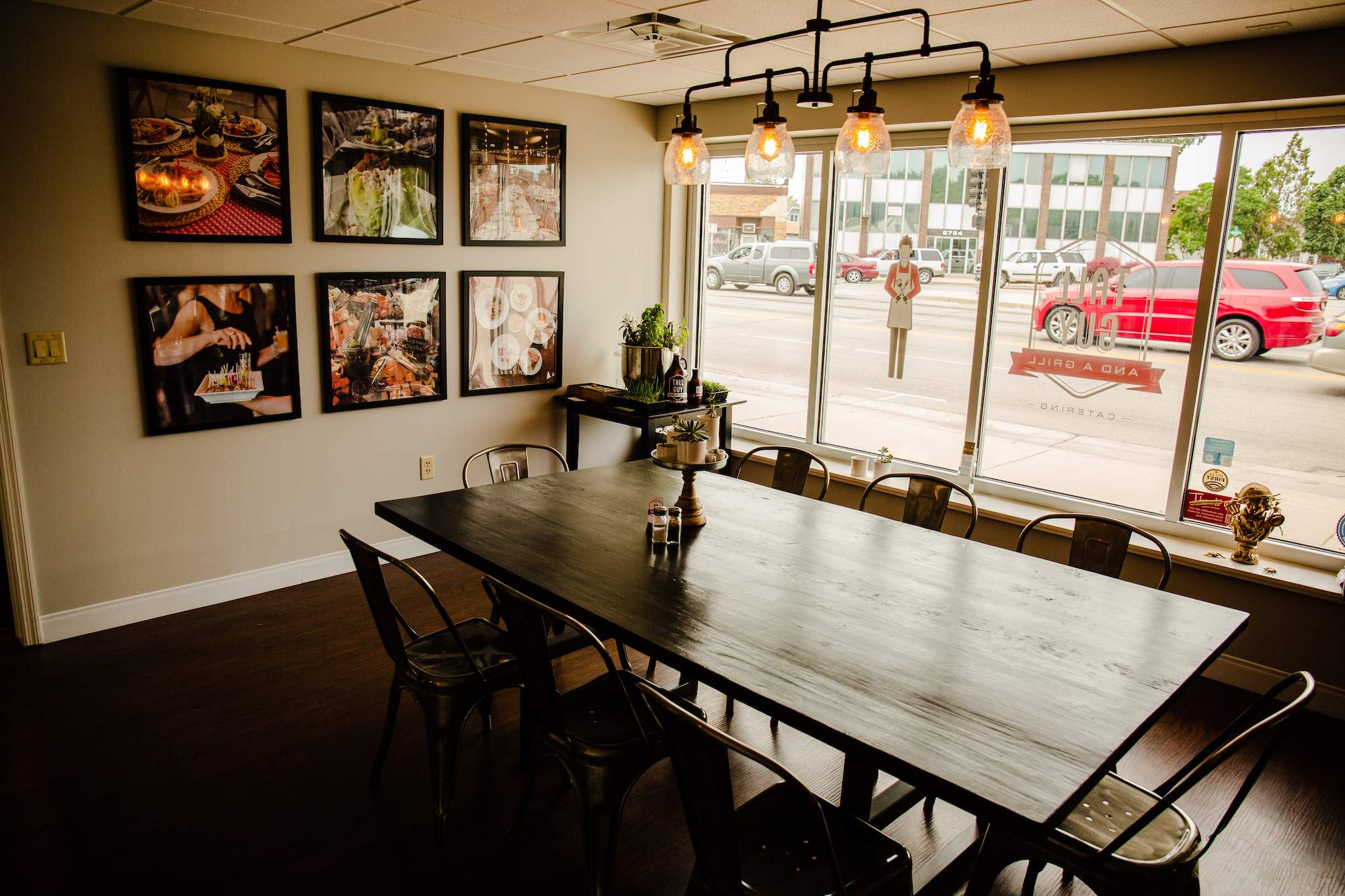 Since their humble beginnings, Tall Guy and a Grill’s menu has evolved from “anything we could throw on a grill” to catering to eco-friendly food trends, from bourbon BBQ pork meatballs to their popular arancini bites. “We’re in Wisconsin. We need to have some fried cheese on our menu,” Dan says in regard to the arancini bites.

They also added a Wisconsin Brussel Sprout this year, which comes with bleu cheese and Neufski’s bacon; and offer special house-made sauces that are a way for people to customize their plates and add their own personal touches. In addition to customization, Tall Guy and a Grill offers vegan and vegetarian items, including seasonal salads.

Dan’s personal favorite on his menu is the mini chicken and waffle skewers, inspired by South Carolina where he and his wife got married.

“If we’re not making our own product,” says Dan, “we’re getting it here locally.”

Tall Guy and a Grill makes their own olive oil and salad dressings, and they get their bread from Breadsmith in Tosa Village. Even their custom three by six-foot grill was made locally, by Milwaukee Blacksmith. 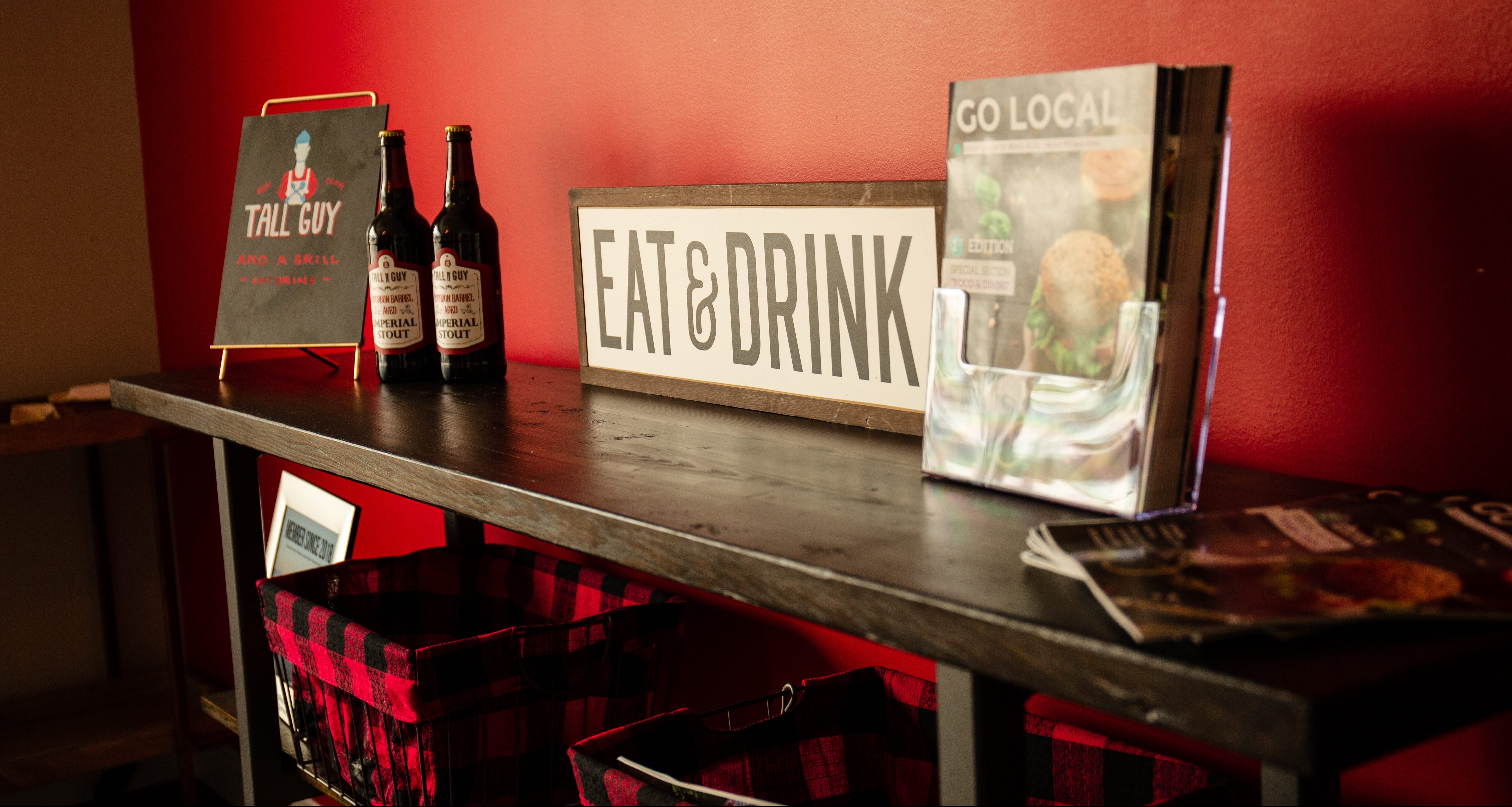 Just as Tall Guy’s menu has evolved, so, too, have people’s tastes. Catering has become much more an entertainment portion of the evening with chef interactive stations. They cater to every event under the sun, from graduation parties to birthday parties, retirement celebrations, baby showers, and more; and their most popular events to cater are weddings and corporate dinners.

This August, they also hosted their second annual Farm to Table dinner at Green Vet OrganiX in New Berlin. “It’s a natural extension of what we do,” says Dan, who donates ten percent of the proceeds to the veteran-owned farm. “It’s a way for people to experience us outside of a wedding or corporate party, and gives our chefs free reign to come up with something that’s locally focused. Who knows, their creation may even end up on the menu.”

Visit View Tall Guy and a Grill’s website to view their fall menu or get in touch about an exceptional catering experience.

Tall Guy and a Grill