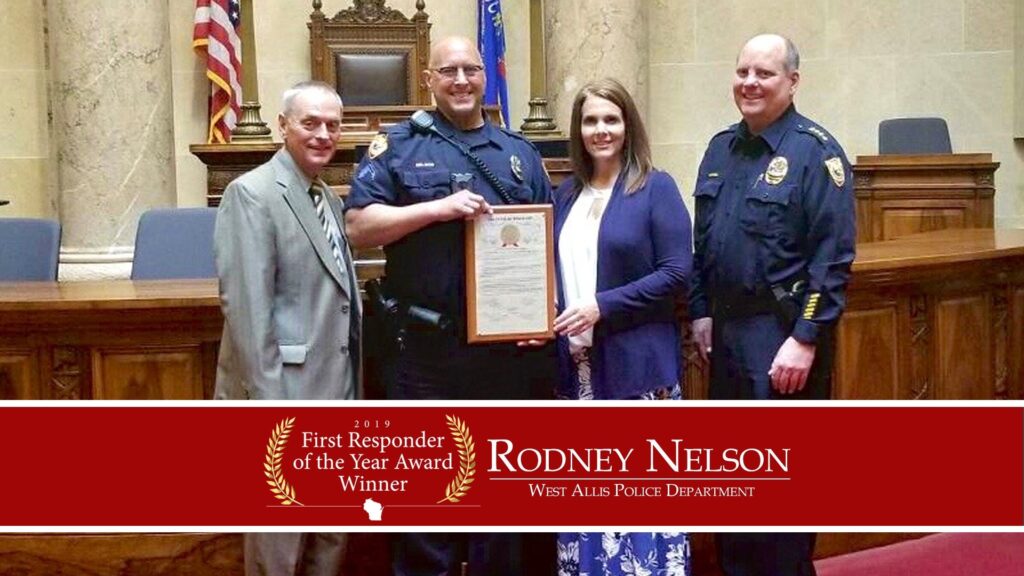 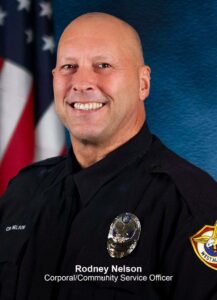 If you mention the name Rod Nelson in earshot of West Allis, many would immediately picture the friendly neighborhood cop they knew for 21 years. But Rod Nelson, recently retired, wasn’t always a police officer.

In fact, for 20 years prior to his service, he was a printing press operator at Badger State Printery – “I was very good at printing, but I was inside all day long, and I didn’t really like it,” Rod explained. After going through a divorce, and feeling stir-crazy when apart from his children, he decided to take the opportunity to start over and go back to school.

“I did my college homework at the same time as my kids did theirs, and then I took the West Allis job in 2000.” With his associates degree in Criminal Justice from Milwaukee Area Technical College, he knew he wouldn’t have to look far for his dream role: “West Allis was always my first choice. I like our people. I like our City. It’s very similar to me. We’re the kind of people that are willing to bust our behinds and work very hard. We like to work hard and we like to play hard.”

Rod was born in West Milwaukee but lived in West Allis for 60 years before moving upon his retirement. Rod was known for spreading joy while checking up on the public, and took the service part of his oath very seriously. When asked his favorite achievement, he quickly claimed the best moments “were to help somebody and not have them know who did it or where the help came from,” and keep it secret, and if not secret, a surprise. 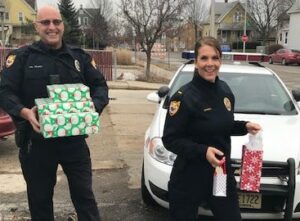 “I was always interested in kids, and I especially loved special needs adults; they would come out to these Halloween events we had and they just had so much fun, and to see them having fun and be a part of that, was just so rewarding,” Rod explained.

Rod was also a member of CAAD, the Community Alliance Against Drugs: “All it really was, in my opinion, was a group of people that got together, and we shared with them what it was like to just hang out. We prompted parents to understand that you can have a really good time with your kids, without drinking, without smoking, without any of that stuff. And just have a great time.”

Rod is quick to admit he would not only tease his colleagues at the Police Department, but he’d routinely tease the public as well. Case in point – April Fools’ day.

Choosing to Whistle While You Work

“I didn’t like to use the radar gun, but when I had to, I used it on April Fools’ Day. I pulled over four or five different cars and I would, you know, give them the same spiel that I would give everybody that day. Take their driver’s license, ask about their record, tell them ‘Well, not so sure about that record now,’ go back to my car, wait a spell, and come back and tell them ‘April Fools’.’ These people, they just gasped and laughed. And you know, I didn’t get any complaints. And they remembered something meaningful that day about driving. That was pretty fun.” 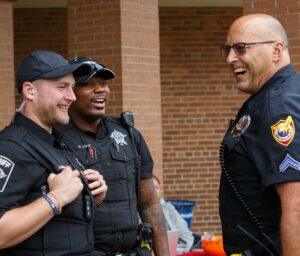 Rod’s presence and police work had one resounding message for the West Allis community he served, and that was to enjoy life: “That would be the key to how I did my job – I typically did it different than most people. I try to live life a little different than other people. I mean, if I was going to remind anybody, it’s just to remind them to enjoy what they’re doing. You know that if you enjoy your job, you’re going to do it much better.”

“It’s kind of like the old saying ‘whistle while you work,’ right? Right. I mean, every day isn’t a whistling day, but that’s pretty much up to you. I choose to whistle.”

Rod was infamous for immersing himself into the community, and spending as much time out of his car as he did in it; he recalls, “I would get out of my car and I would walk up and down our Main Street in West Allis, past City Hall and walk in the restaurants. I would stop in the stores, and say hi. But that’s the old fashioned kind of stuff, to go in and say hi. It’s important that you are personable; you are approachable. You can talk to people, you shoot the breeze with them.”

From the Schools, to the Streets

Not everyone would request a demotion, but that’s exactly what Rod did partway through his career, to continue to do the type of police work he loved: “In my case, I actually moved up to Sergeant and was in the schools. But, I didn’t feel like I was being used. I asked to go back down to Corporal, because I could get more accomplished. I knew I was much more capable of getting things done. That gave me the opportunity to be out on the streets all the time, and that’s what I loved the most about the job.”

However, being as involved as Rod was in our community brought many interactions, both heartwarming and tough, to the forefront: “You know, you’re oftentimes hearing only the bad stuff. One of the things I wish that the public would also understand, is that us cops are normal people too. We have bad days. We go home and we see some horrendous things during the day. And yes, there are times that we go home and cry because our hearts get broken sometimes. You know, we see things that happen that we couldn’t do anything about. We tried and it didn’t work.”

But he likes to reflect on what did work, and what did make an impact: “I remember spending time in Liberty Heights Park. That was one of the places we used to have all kinds of problems with. This has now been significantly quiet. Why? Because I spent a lot of time there.” 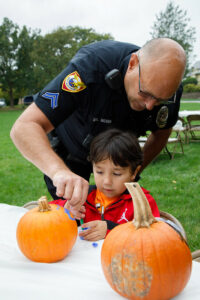 “When I’d go down there I’d watch the basketball games. I was just there to make sure everyone is kind of behaving, you know? It got to a point where I didn’t even have to ask the kids anymore not to smoke cigarettes on the playground. Before, I would just walk up to them quietly to say, ‘Can you just go to the other side of the fence and do that? You know, because there is no smoking in the parks and that’d be really cool of you.’ And after a while, they would do this to each other; tell their friends to take it out on the sidewalk. I didn’t have to do it anymore. Which was awesome. You know, addressing them that way, let people kind of self-police themselves, too.”

Blessed with the Best

Increasing opportunities for community policing and self-policing was something Rod enjoyed: “I’d always like to find alternative ways to convince people to do the right thing than to write them a ticket.”

“If people ever talk bad of West Allis, just ask a little further where they got that information from, because more often than not, people jump on board of trains that are moving just because everyone else is doing it. Because I’ve been here a long time. We may have been less diverse in the past, but we’ve gotten smarter, wiser, more accepting.”

Since retiring, Rod has moved up to Wild Rose, Wis., with the goal of spending more time with family, including his daughter in the military, 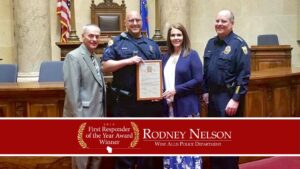 when she is able, and to travel and see the wide world beyond West Allis. With one parting sentiment, Rod expressed, “I was blessed to be a police officer, but it didn’t make me better than anybody else. My goal was just to try to make people comfortable.”

Learn about our Police Department