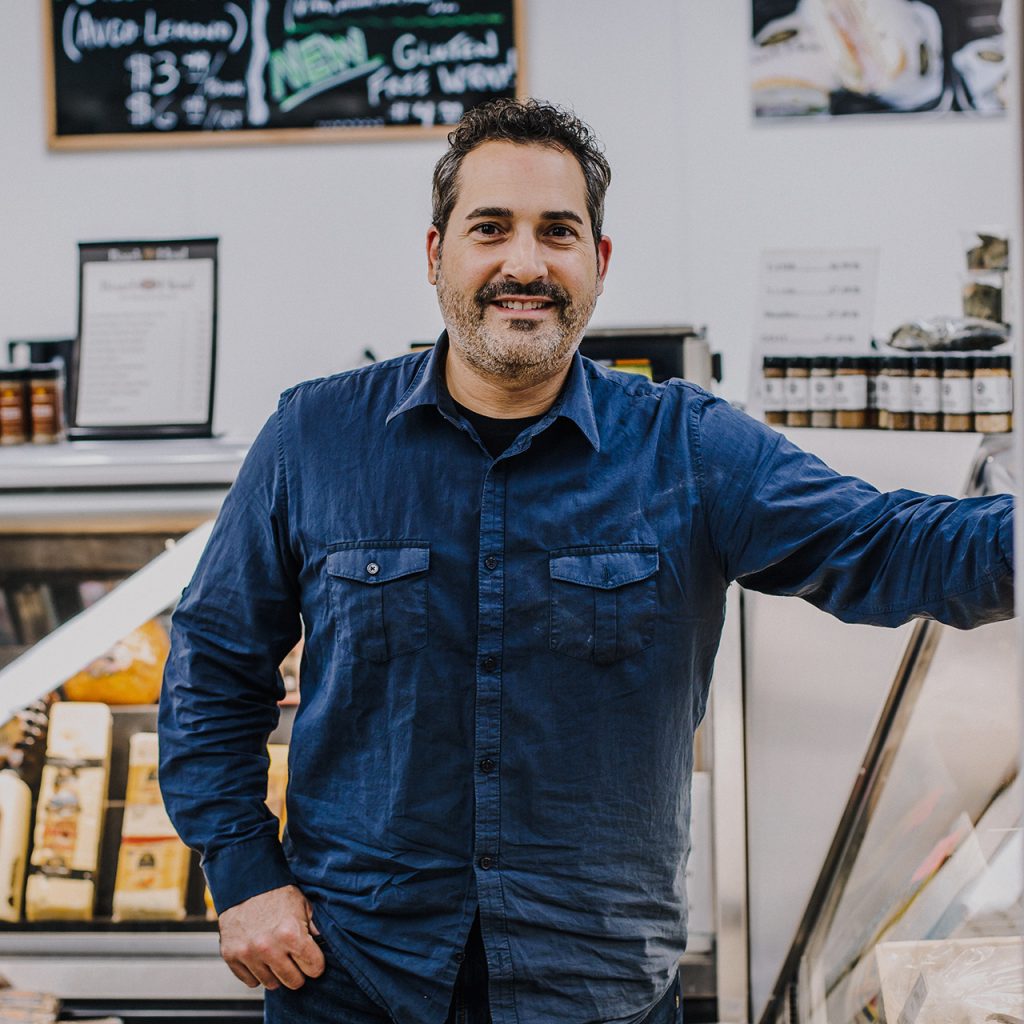 On the corner of savory and sweet is Parthenon Foods European Market. Here, residents and visitors of West Allis can find foods and flavors from around the world.

Founded in Milwaukee in 1970, the family-owned store began by specializing in Greek food. Now, they carry deli, produce, and packaged foods from over 40 different countries. They later moved from Milwaukee to Cleveland Avenue in West Allis, where they conducted business for 25 years. Just last year, they moved to 8415 W. Greenfield Ave., across from State Fair Park.

The community also supported the move. Danny is quick to praise the people of West Allis as wonderful, encouraging, and down-to-earth. “The neighbors have been very receptive and enthusiastic,” he says. “It’s a nice feeling.”

Parthenon Foods European Market is the epitome of what West Allis residents value about their diverse business community. Stocked with hard-to-find items from countries such as Greece, Italy, Serbia, Croatia, Germany, France, and the Baltic region, the unique store has everything cultured palates could ask for. And people are certainly welcome to ask. In fact, Danny says that a lot of items they carry are based on customers requesting them at some point. “We love recommendations,” he says. “I always try to find what people are looking for because, odds are, they’re not the only ones looking for it.”

Parthenon also caters to customers outside of the U.S., shipping worldwide through their website: www.parthenonfoods.com.

In addition to carrying a variety of fresh feta cheeses, deli meats, candy, desserts, wine and spirits, and importing their own olive oils, Parthenon also offers hot foods and cheese pies baked from scratch in their hot case.

Open every day of the week, they bake and serve lamb on the weekends as well as homemade European breads. They also offer made-to-order sandwiches – a customer favorite being the Gyro sandwich – and feature Boar’s Head® meats. Outside of their brick and mortar location, Parthenon Foods offers catering services.

Danny feels positive about the city’s rebrand and says that he would like to see more businesses pop up in the area. “West Allis has a lot to offer,” he states. “People just have to come and check it out for themselves.”

While you’re checking out the many businesses in West Allis, stop in at Parthenon Foods European Market and try their famous baklava!