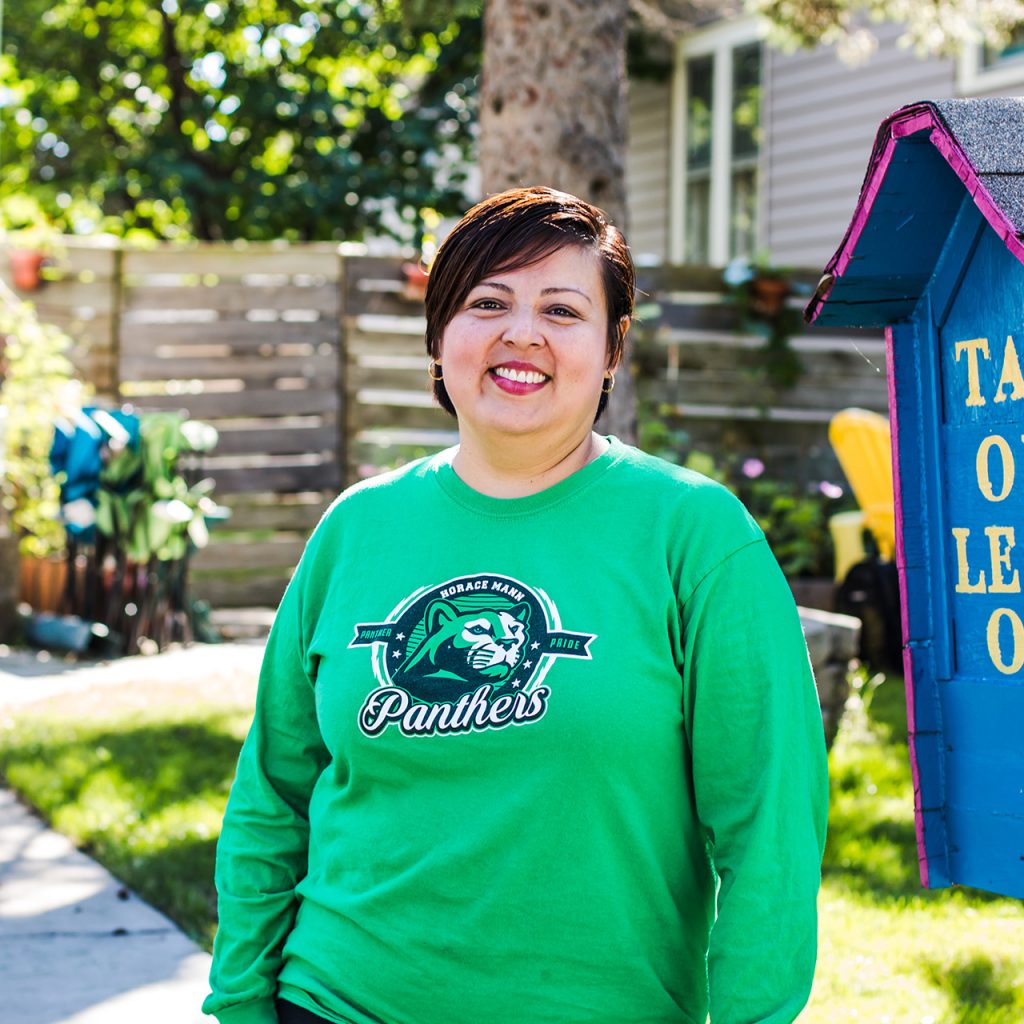 “He’s got to stop volunteering me for things,” Daysi Jimenez jokes about Mayor Dan Devine setting her up on this interview. She sits in a yellow Adirondack chair in front of her vegetable garden, sipping a cup of coffee.

When she and her husband moved to West Allis in 2012, Daysi describes wanting to find a house that would be safe for their two young children. They found one in a quiet neighborhood just three blocks from school.

They received a warm welcome by the community. They hadn’t even walked in their front door when their new next door neighbor came by to say hello.

Daysi speaks highly of the safety of the community, and looks forward to new residents joining West Allis as the city’s rebranding takes hold. 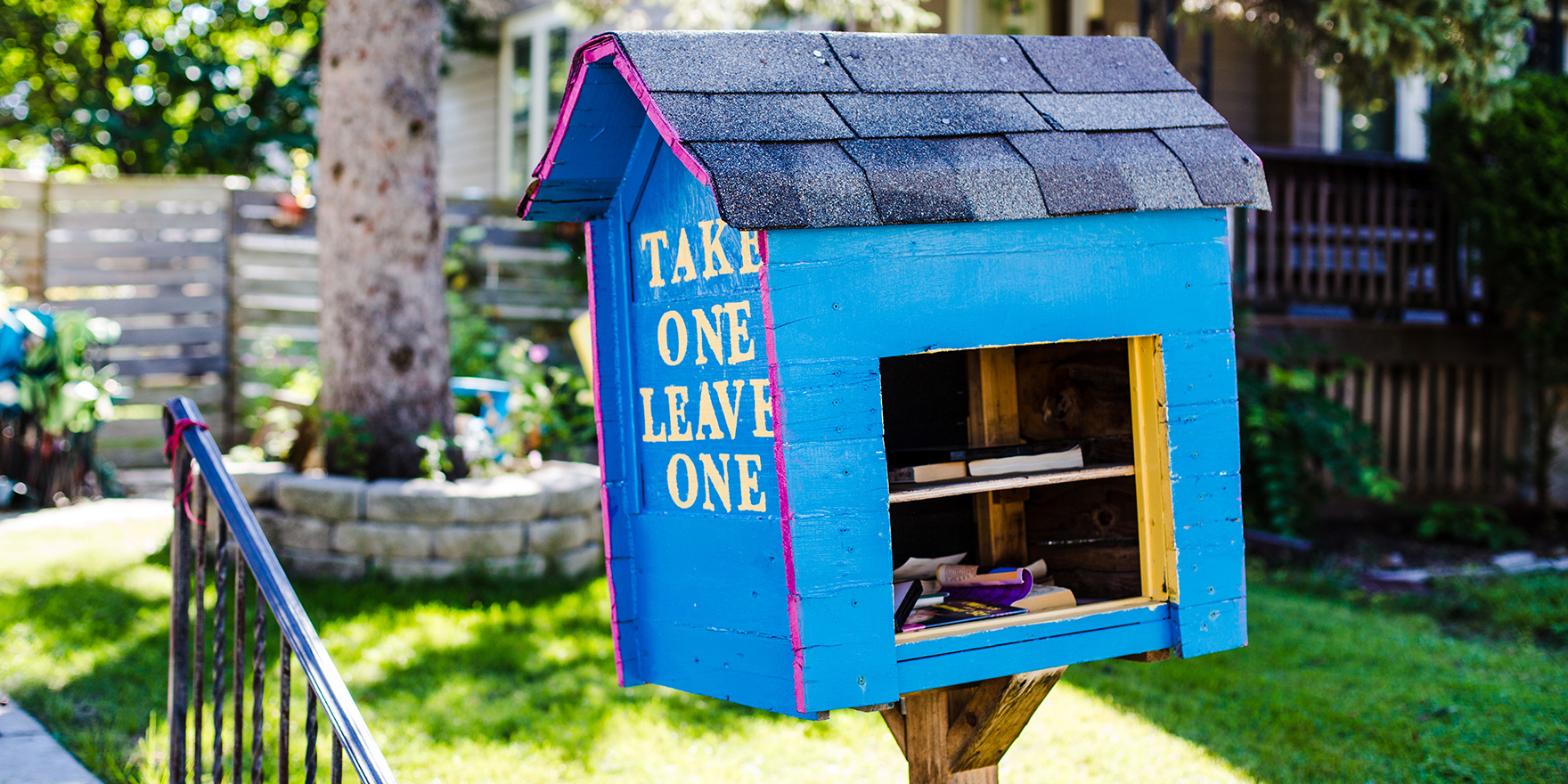 Her beliefs parallel Mayor Devine’s in that, “He really wants residents to take ownership of their neighborhoods.” To do their part, Daysi’s family put up a little free library at the edge of their front yard, inviting passersby to take a book and leave one in its place. “We have super readers,” she says, further stating that the little library is a way for her oldest son, who is on the autism spectrum, to make connections in the community and share his passion for books.

Even if she’s too modest to admit it, it’s her caring nature and take-charge, positive attitude that are the reasons why people see her as a leader.

By partnering with local area businesses, the Friends of Liberty Heights Park strive to improve the park and the community. They also host fun, family-friendly events including an end of school year carnival, a school supplies drive, and movie nights.

In addition to being a welcoming community with a diverse population and numerous career opportunities, Daysi wants people to know that West Allis has a lot to offer by being so centrally located near the freeway and Milwaukee metropolitan area. Daysi also praises the helpfulness of government officials. “I feel like this is a community where, if you go to your officials and tell them your concerns, he [Mayor Devine] and the alderpersons are very open to that. People need to take that into consideration.”

Daysi’s advice for approaching Mayor Devine is simple. “He loves food,” she says. “I invited him to dinner once, and he came!” She laughs as she recounts the story of how Mayor Devine stopped at her house for dinner on his way over to Central High School to volunteer at the New Years Eve bash. “You just have to feed him and he becomes your friend.”

Daysi and the Friends of Liberty Heights Park would love to host more family-friendly events. You can contact them directly at their Facebook Page. “Tell them Daysi sent you,” she says with a laugh.